Spotlight on our customers

While COVID-19 may have put travel on hold, the Australian creative industry is forging ahead to bring entertainment straight to your living room (or any part of your house!).

We've got a wrap up of what our customers are doing to keep people entertained during lockdown - there's something for everyone, from V8 supercar enthusiasts, opera lovers to 90's rock band die-hards.

The Show Must Go On

The team behind The Show Must Go On are very happy to announce they are offering an online wellbeing event to Queensland audiences on 12 May 2020.

The panel will discuss the issues raised in the film, what action the broader industry can take, as well as provide tools and resources to support individuals. A must for all those working in the arts and entertainment industry, particularly as our industry is entering a difficult time with more specific challenges coinciding with COVID-19.

Please note this event is available to Queensland residents only. You can find out more about future events via their Facebook page.

These are trying times for the creative industries - as well as events like this there is support avaliable. Check out www.supportact.org.au 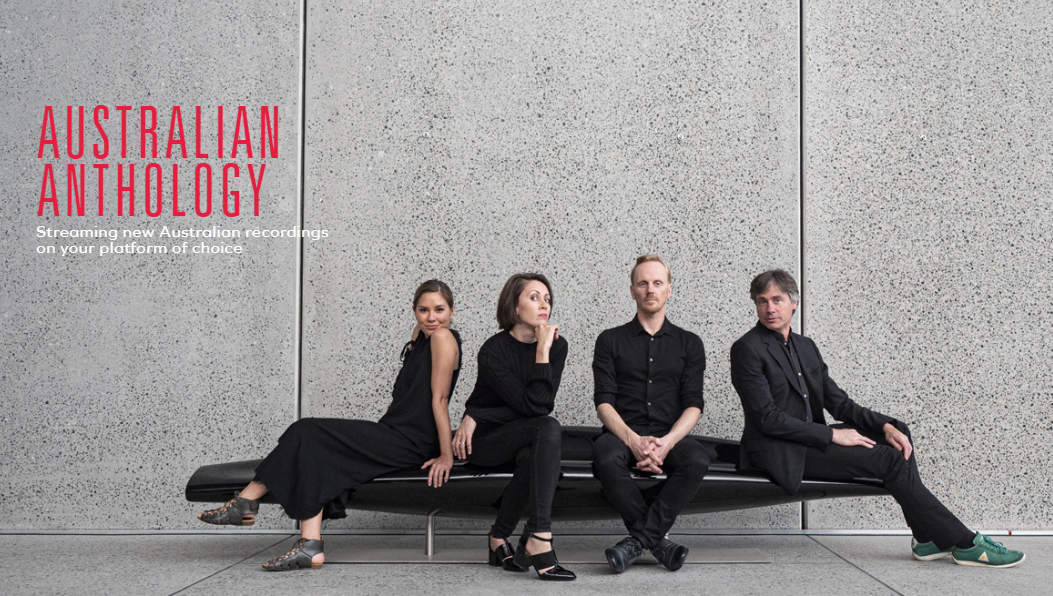 In ordinary circumstances, the Australian String Quartet would be touring the country this time of year, seeing you in venues and halls around Australia. But during this unprecedented season of hibernation, they can still continue their mission of championing, and sharing Australian music with you.

It is with much excitement that they launch their Australian Anthology project. Over the course of this year, and into the future, they will release new recordings of string quartets by contemporary Australian composers for streaming and purchase through major digital platforms including Spotify, iTunes, Apple Music, GooglePlay, Youtube and more.

A message from the Australian String Quartet: Thank you for your unwavering support not only of us, but all artists, arts workers and organisations during this challenging time. We hope that, through these recordings, we may continue to be able to contribute in a positive way to our individual, and collective, Australian identity. 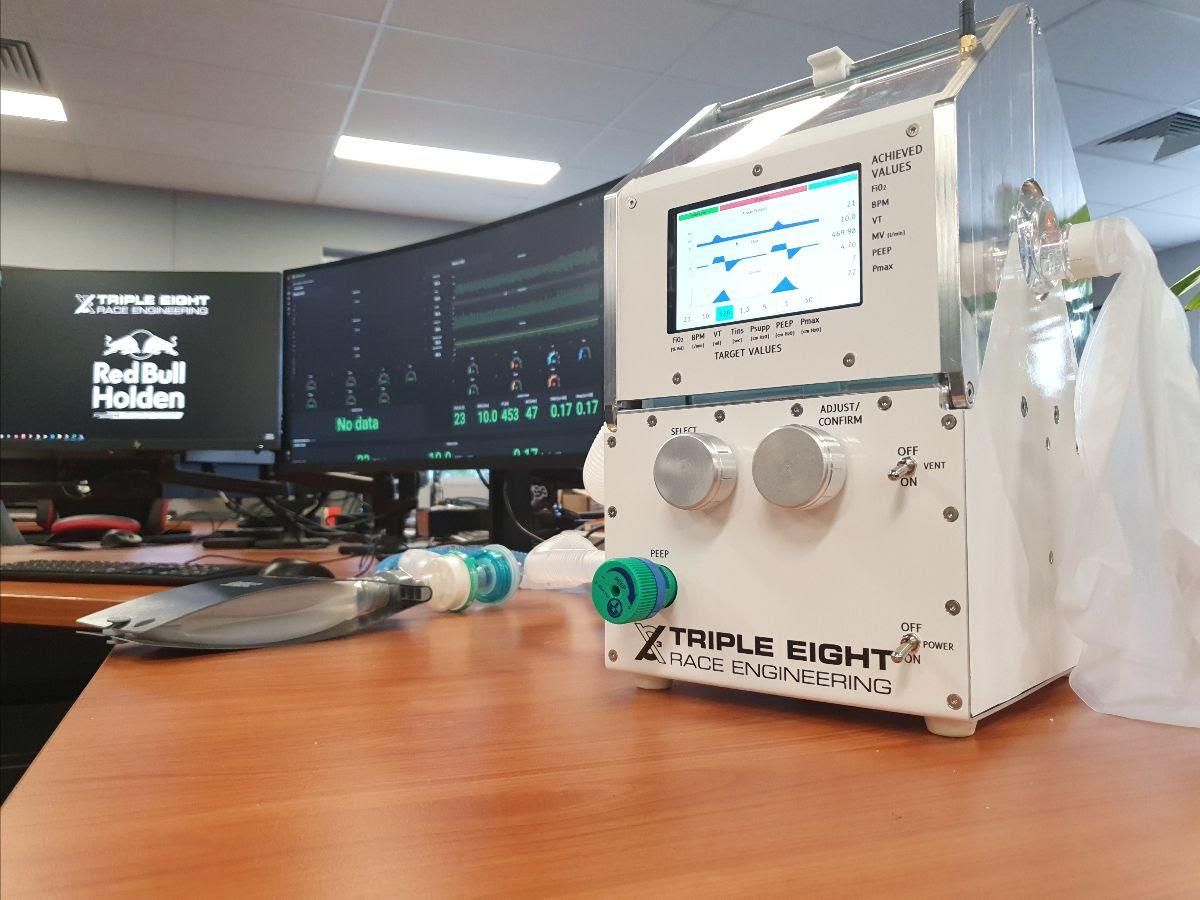 The second iteration of Triple Eight Race Engineering’s emergency medical ventilator has been revealed in a behind-the-scenes mini-documentary, giving viewers an insight into the design capabilities of one of Australia’s most successful sporting teams of the past two decades.

Dubbed ‘The Conrod Project’, the development of the ventilator has been all-consuming for the championship-winning Supercars engineering team for the past six weeks since the postponement of the racing season due to Covid-19. After the first proof-of-concept prototype was completed, work began immediately to not only finetune the existing device, but to enhance its capabilities in line with the latest requirements published by the Therapeutic Goods Administration (TGA) and further exceed the expectations of the challenge originally set by the Queensland State Government for an emergency ventilator that would be suitable for use in a field hospital situation.

The documentary is available to view on the Triple Eight Race Engineering Facebook page. 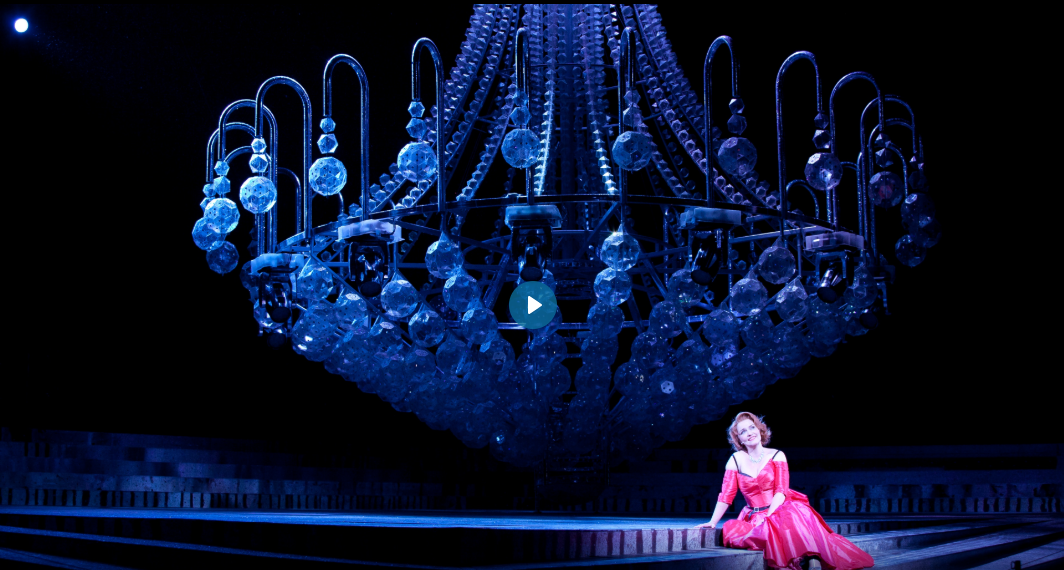 One of the country’s most prestigious live theatre companies has joined the mass pivot to online streaming with the launch of OA | TV: Opera Australia on Demand.

The free, on-demand streaming service will release exclusive content every week, drawing from the company’s extensive back catalogue of live performance recordings. That includes the world’s most comprehensive video collection of performances by celebrated Australian soprano Dame Joan Sutherland, recognised as one of the most remarkable female opera singers of the 20th century.

Launched this week, you can now head over to tv.opera.org.au to watch Sutherland in one of her most celebrated performances, as Hannah Glawari in the 1988 production of Franz Lehar’s The Merry Widow, performed at the Sydney Opera House. Opera Australia has also released the full-length production of Handa Opera on Sydney Harbour’s inaugural 2012 season of La Traviata, which was due to be revived this year before restrictions on public gatherings were deployed.

“Understandably it’s been devastating for everyone at the company not being able to perform and we know our fans are missing us as much as we’re missing being on stage,” said Opera Australia’s artistic director, Lyndon Terracini. “We’ve actually been wanting to launch OA | TV for some time, and now we have the right digital platform and the time to develop it, so we can share not only our rich history with our fans, but also it’s an opportunity for them to meet some of our incredibly talented artists as well as some of the key people working behind the scenes.”

The platform will continue to release four categories of programs; Opera in the Sydney Opera House, Handa Opera on Sydney Harbour, The Best of Dame Joan Sutherland, and a series of chat show style interviews called In Conversation with Lyndon Terracini - the first featuring concert master Jun Yi Ma. 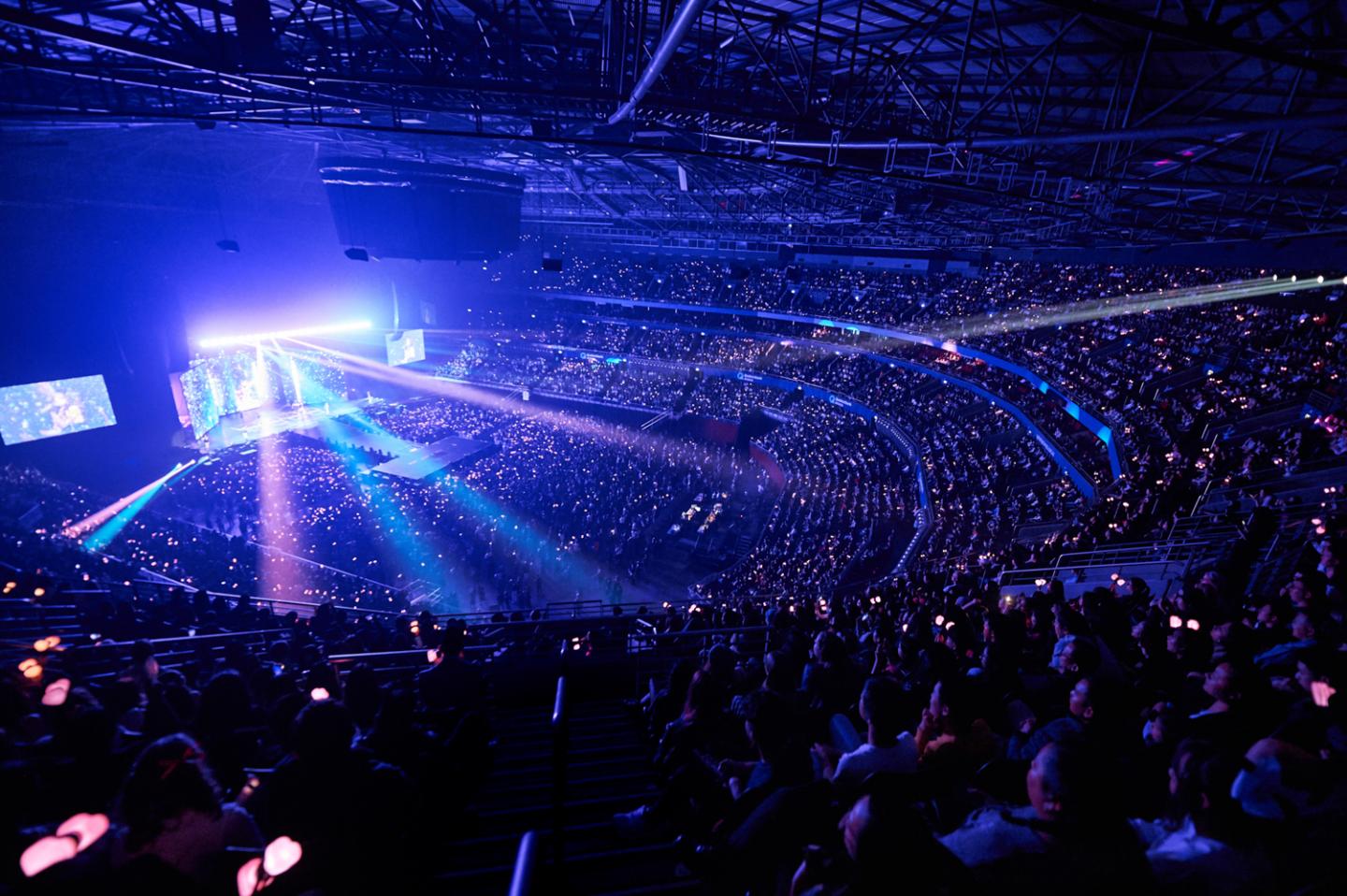 LIVE FROM HOME WITH LIVE NATION

Live From Home, presented by Live Nation, is a virtual hub of live streams, content and more to keep you connected to your favourite artists, bands, comedians and entertainment.

With events like One World Together at Home, The Buckleys Australia Virtual Tour, Stay Home with Radiohead and live Metallica concerts, there's something for everyone!

You can explore what's coming up at livenation.com.au/livefromhome 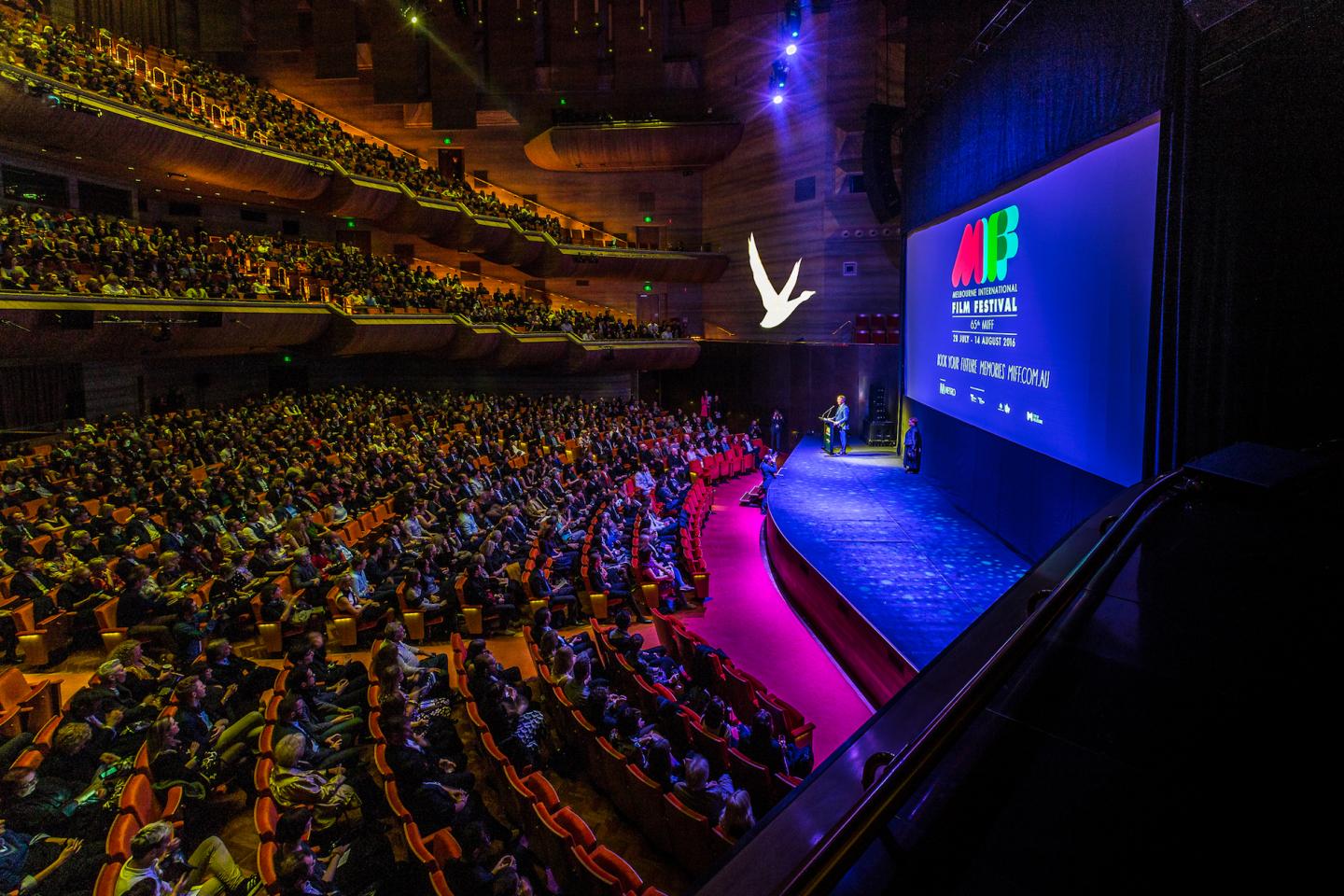 Discovering new possibilities in the face of dramatic disruptions in the global film industry, the Melbourne International Film Festival (MIFF) has announced a new online showcase for 2020 to deliver a fresh program of new-release films from around the world.

Following the cancellation of MIFF 2020, MIFF Artistic Director Al Cossar and his team have developed an innovative detour: MIFF 68½ – a reimagined celebration of film online, featuring a suite of special events. Made possible by the adoption of streaming technology, the iconic film festival will this winter deliver new worlds of cinematic escape to audiences across Australia for the first time.

Available for audiences to stream across the festival’s original 2020 dates (6–23 August), MIFF 68½ will feature a fully-curated program, made available to audiences via ticketed access, with Cossar promising that “while it will not have the scale of a regular festival, it will certainly have all of the heart.”

More information will be released online at miff.com.au 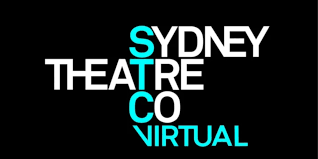 The Sydney Theatre Company is thrilled to announce Sydney Theatre Company Virtual — their brand new online video series. Gathering their community of Australian theatre artists, this new series is designed to plug that theatre-shaped hole in your life. Their hope is that we can all come together through art to start making sense of this new world we now find ourselves in.

Over the coming weeks, they'll be releasing a series of short, personal videos made by some of your favourite actors, directors and writers — a bit of a chat, and a reading from a play, novel or poem. Find out more here.