Too many highlights to name

For the organisers of WOMADelaide, the hardest part of the job is trying to communicate the rich diversity of talent, entertainment and ideas on show to ignite the imagination.

What’s in a name? In the music world, some names are the stuff of legend. They are the names that transcend generations and political change, to remain relevant. Names like Ziggy Marley, Mavis Staples and The Blind Boys of Alabama. Between them these artists carry the weight of history, and together they’ll be lining up to entertain WOMADelaide audiences next month. But these bucket list artists, with a swag of Grammy Awards between them, will also be joined by local artists like perennial favourites The Cat Empire and powerhouse rapper, Briggs. Whatever way you look at it, WOMADelaide has an impressive line up of names heading to Adelaide’s Botanic Park next month.

The 18,000 strong audiences expected each day, will be treated to a truckload of awesome artists – or should we say, a planeload! The epic line up boasts some 620 artists from 36 countries, including 44 international groups. As always, WOMADelaide is a festival full of surprises - with some artists being household names, while others you will never have heard of. Each WOMADelaide is totally unique and carefully curated to showcase music, dance, talks and performances from the four corners of the world – literally! In 2020 artists are coming from Taiwan, Malaysia, Brazil, Spain, Réunion, Senegal, Iran, Venezuela, Portugal, Greece, Japan, Cuba, Finland, Canada, the UK, USA, New Zealand and naturally, Australia.

Bringing his own style of trademark positive vibes and a big sound is Ziggy Marley, who will close out the festival on the final night. With his father Bob Marley’s musical genes, the eight-time Grammy Award-winning musician is a global reggae icon, respected humanitarian and visionary in his own right.

The themes of change, equality and hope are also espoused by legendary gospel and blues singer, and outspoken civil rights activist, Mavis Staples. At 80 years young she has been a defining voice of American music for over 40 years. Also taking to the stage will be The Blind Boys of Alabama, who have been breaking down racial barriers for countless decades with their soul-stirring harmonies and spiritual Southern music.

For WOMADelaide Program Manager, Annette Tripodi, the entire line up is not only about inspiring audiences, but also about pure enjoyment. “With everything that’s going on in the world right now, I believe audiences have a strong desire to hear music which is good for the soul,” says Annette. “Across the program we are bringing together a diversity of talent with many artists making either their Australian or Adelaide debut, plus well-known performers and local heroes. And the beauty of WOMADelaide is that you can see them on the same day, in a breathtakingly beautiful environment, often in the space of a few hours.”

From ground-breaking artists, to contemporary dance, daring aerial performers, artists in conversation and the very timely Planet Talks, WOMADelaide delivers it all. Climate change is a recurring theme in a number of works including As The World Tipped. This UK production is a spectacular large-scale theatre installation with video projection, aerialists and acrobatics all performing against a grand 13 metre high backdrop. Other features are the ever-popular KidZone, multi-sensory exhibits, a public recording studio, moving processions and workshops.

Each year, this one-of-a-kind festival presents Stage and Screen with a number of one-of-a-kind travel issues too. From how to protect priceless Medieval instruments travelling from Spain, to how to book 100 artists on one flight from Adelaide to Auckland, as these artists travel on to perform at WOMAD NZ. While Stage and Screen travel manager Marc Peacock has been looking after the travel needs of WOMADelaide for many years, the requests are rarely straightforward.

Fortunately Marc’s a pro at coordinating groups travelling en masse and transporting performers from remote locations in West Africa or India, into Adelaide with the fewest stopovers and a minimum of fuss. Well, at least that’s how it looks from the outside. But in reality, the planning for each festival starts at least a good 12 months out and invariably rolls into preparations for the following year.

So whatever you do, put the dates 6 - 9 March in your calendar and grab your tickets now. We can’t think of a better way to spend four days! Tickets are available for a night, a day or two, three or four days – and kids aged 12 and under get free entry. 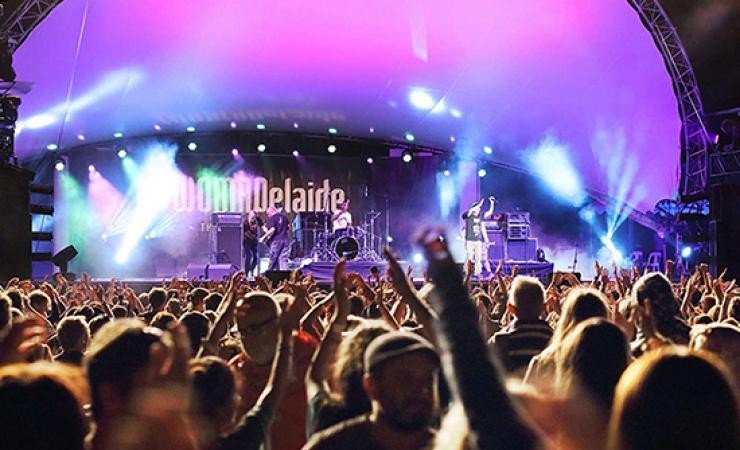 Delivering the world to WOMADelaide

Even though Stage and Screen has been working with the producers of the festival, there is nothing routine about the WOMADelaide program.
Read more about Delivering the world to WOMADelaide 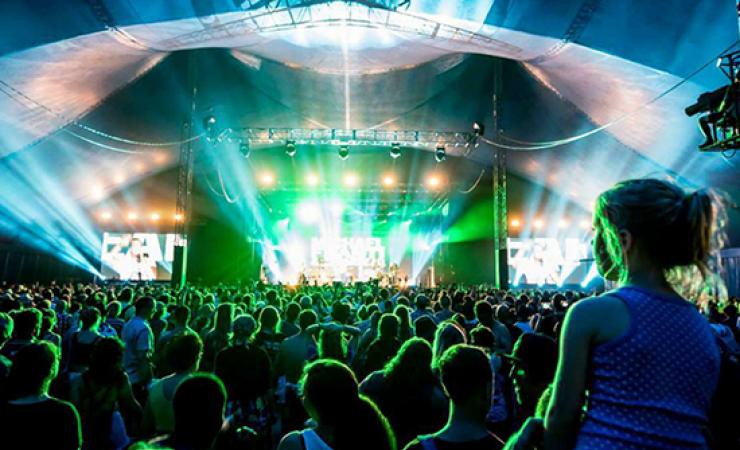 Implanting Stage and Screen travel managers onsite at Bluesfest has streamlined the process of moving over 300 artists to and from the festival each year.
Read more about Bluesfest 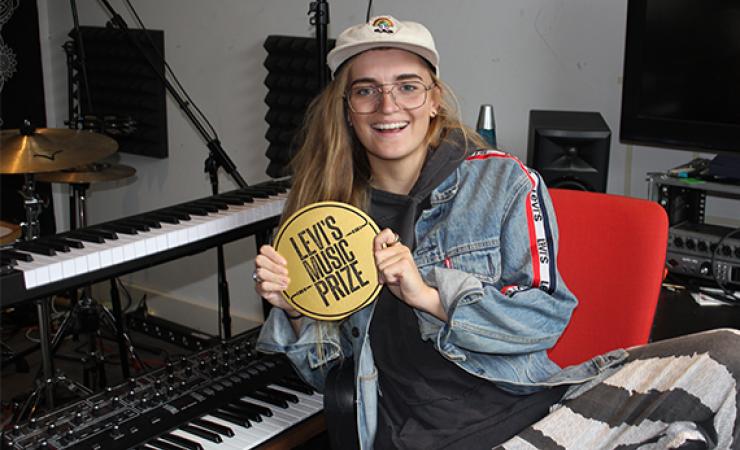 A panel of international judges have awarded the latest round of the prestigious Levi’s® Music Prize to Melbourne-based singer, producer and multi-instrumentalist, Georgia Flipo aka G Flip.
Read more about G FLIP WINS LEVI’S® MUSIC PRIZE